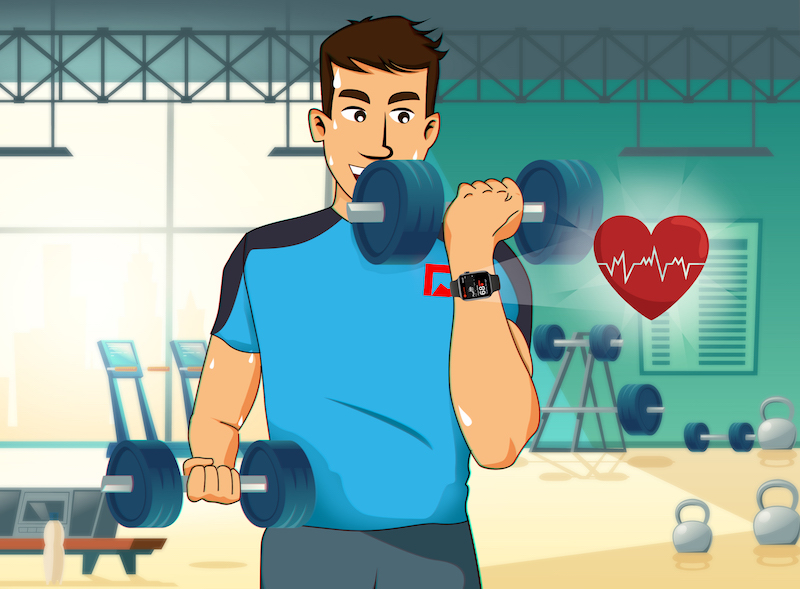 There is no doubt that the Apple Watch is an impressive gadget that spares no expenses when it comes to features. Like all Apple devices, it comes loaded with top of the line high-tech hardware. This makes it a versatile piece of equipment that opens up so many possibilities for app makers.

Whether you are doing long and intense workouts or Just Greasing the Groove throughout the day, the Apple Watch is a great fitness companion.

The Apple Watch is no jack of all trades even though it was originally designed to be a companion device to the iPhone. After getting a few upgrades, it was ready to compete even with some of the most popular dedicated fitness wearables. Apple also made it clear that it wouldn’t just be playing catchup after it introduced a revolutionary system that would be the first of its kind in the health wearables space.

Since the Apple Watch offers so much, it can take you time and a good amount of customization, tweaking or “hacking” so you can maximize its capabilities.

The Apple Watch 5 is equipped with various sensors that allow it to get critical data from the user and its environment. Knowing what your Apple Watch can do will give you a good idea of how it can help your training. Here are some of the sensors built into the latest generation:

As you can see, the possibilities of combining the data gathered by these sensors with data from all your other Apple devices such as the personal information you provide on all other apps and services can provide a very clear picture of your health condition.

A watch that can do so much

The Apple Watch is now just as capable as an iPhone, so the apps for it are just as many. There are literally tens of thousands of apps for it on the App Store right now and it can be tedious to try out a number of them just to see which one works for you. If you are a new Apple Watch owner and would like to get your device working for your training immediately, we recommend exploring the features that already come preloaded with it.

What’s so cool about the Apple Watch’s heart-monitoring features is that it tells you what the ECG reading could possibly indicate and you can also send the results to your doctor in just a few taps.

One thing the Heart App can help you monitor is your heart rate zones. The idea behind this is that there are 5 zones based on percentages of your maximum heart rate. Ideally, all zones should be part of your training program. The training zones go from very light to maximum and each zone should give you its own training benefit. You can use the app to monitor how hard your heart works in each zone and you can use a maximum heart rate calculator to see if your heart is beating within the acceptable threshold.

A third-party app for your every need

If the native health apps aren’t enough for you, then its time to download some third-party health apps from the App Store. As we’ve mentioned in The Apple Watch And How it Can Help You Improve Your Health, here are some of the most popular ones worth trying out:

These are just some examples of apps that can really maximize the potential of your Apple Watch. There’s practically more than one app for every need and you may find that you don’t really need to dig too deep in the App Store to get what you want.

Sometimes the Apple Watch makes things too convenient for us that there are times that we miss some of its most obvious features.

The Apple Watch definitely makes living a healthier lifestyle a lot easier and we would recommend getting one even at its current price. However, if you want to upgrade from the 4th gen, you might want to hold off for a while. While the native apps are somewhat basic, the third-party apps and compatible devices more than make up for it. The only obvious problem with it is the 18-hour battery life but in terms of features and functionality, it is definitely one of the top 5 in its space and may even have carved its own niche.