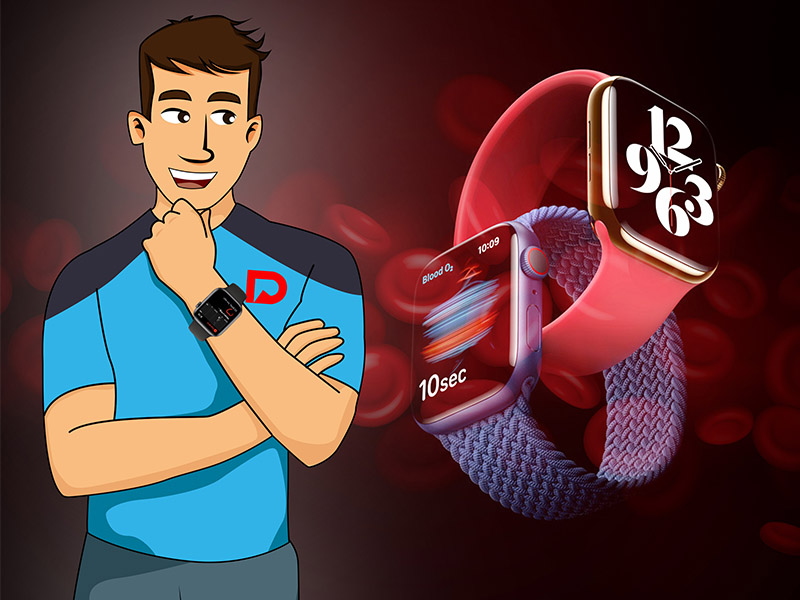 Whether you’re an Apple fan or not, you gotta admit, their gadgets are pretty impressive, so admittedly, we got a bit excited when it was finally unveiled this week at the company’s Time Flies event, a live-streamed virtual event due to the Covid-19 outbreak. However, one concern most gadget enthusiasts frequently bring up when a company like Apple releases a new version of a product is if there are enough upgrades to make it worth the purchase.

Let’s lay the cards out on the table. The base Apple Watch 6 models start at $399 (GPS) while the one with (GPS + Cellular) is at $499. However, the one with all the bells and whistles can go up to $1250, depending on the configuration. While it is a universal smartwatch that you can play music from or use to check emails, Apple clearly built its Watches, even the earlier ones, as a health and fitness wearable designed to compete with the likes of Fitbit and the Samsung Galaxy.

As you may have heard, the Apple Watch 6 now packs a Blood Oxygen sensor and app that can measure, obviously, the oxygen saturation of your blood. Knowing your SpO2 helps you understand how well your blood absorbs oxygen and how well it gets distributed throughout your body.

The Apple Watch 6 uses four clusters of green, red, and infrared LEDs and four photodiodes on its underside to measure light reflected back from your blood. The Blood Oxygen app will then show you a result between 70 to 100 percent.

If you’re thinking how awesome it is that Apple came up with something painless to replace an arterial blood gas test, think again. In previous models, we also saw the introduction of the ECG app, which is no doubt more convenient than an electrocardiogram machine. But based on the opinions of medical experts and feedback from reviewers, it seems that what the Apple Watch offers is not comparable to the machines that health professionals use. Nor should the two be compared. Like the ECG feature, the Blood Oxygen feature in the newest Apple Watch does not need to provide pinpoint accurate results since it isn’t a medical device and shouldn’t be used as a diagnostic tool by any stretch.

Now why is it so important to know the oxygen levels in your blood? As we mentioned in Ways to Increase Your VO2 Max, the more your body works, the more it consumes oxygen. Although the body can function without oxygen, it can only do so in a short period of time. Once your body can no longer use oxygen, your muscles start to increase production and accumulation of lactic acid which causes pain, fatigue, and eventually muscle failure. Obviously this is not good for those doing sports and fitness. With the Apple Watch’s Blood Oxygen monitor, you’ll be able to see if the exercises that you do actually improve your blood oxygen levels.

Not to be grim, but the Blood Oxygen feature can also tell you if there’s something wrong. Having low levels of oxygen in the blood can be a symptom of diseases like the Corona virus and in most cases, patients are not aware that their levels are dropping and in situations like these, the Apple Watch 6 can alert not only the user, but someone else.

Now most of us don’t really need to measure health data like blood oxygen down to the last decimal, we only need to see if we’re doing ok or if our health is improving. This is what the Apple Watch does using its health features: it measures and logs various health data to show you trends that can give you a good idea of how your health is doing overtime.

The Apple Watch 6 now runs WatchOS7 with the new S6 SiP with 64‑bit dual-core processor. Of course, the upgraded internals might go unnoticed without a facelift, so Apple also released a matching bold red finish for it. If that’s not your thing though, tamer colors are also available. The Watch 6 now also has a brighter, always-on display which is noticeably brighter indoors compared to the Watch 5. Likewise, the altimeter is also always on.

One gripe that reviewers frequently point out is that the battery life seems to be the same. However, because the new chipset and OS work more efficiently, the watch seems to last a tad bit longer in between charges. For some, this and faster charging times seem to make up for the lack of a battery upgrade.

Given all these new features, is the new Apple Watch 6 worth spending on? Obviously the Blood Oxygen feature is very handy not only for fitness purposes but also to let you know if there’s something wrong with you. If this is the first time you’ll be buying an Apple Watch, or if you’ve owned a previous model for a few years already, go ahead and get this one. But if you’ve had your Apple Watch 5 for just a few months and could do without the Blood Oxygen feature, probably hold off for a while.