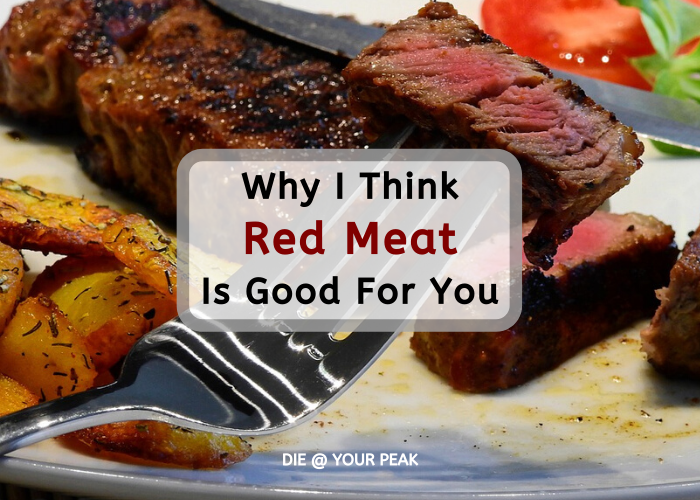 Despite headlines, there’s not much data that shows red meat is bad for you. Many people will point to observational studies that show a correlation between red meat and death. These studies group a large set of data and correlate those who report that they eat more red meat than usual tend to die at a faster rate than those who eat less meat. Even though correlation does NOT equal causation, It’s a pretty weak correlation. Here’s why:

Here are some potential points these people will bring up when talking about red meat and what you can say to them if they do bring it up in a conversation. The summary points below are taken from this objective article from Healthline.

Not All Meat is Created Equal

It’s important to make a distinction between different kinds of meat. For example, grass-fed and organic meat is nutritionally different than factory-farmed, processed meat.

Red meat is very nutritious, especially if it comes from animals that have been naturally fed and raised. It’s a great source of protein, iron, B12, zinc, creatine and various other nutrients.

Several observational studies show that red meat eaters are at a greater risk of cancer, but larger reviews looking at the evidence as a whole show that the effect is weak and inconsistent.

Correlation Does Not Equal Causation

Observational studies cannot be used to determine cause and effect. There are many confounders in such studies, and higher-quality studies sometimes end up showing the exact opposite effect.

Several randomized controlled trials indicate that the intake of unprocessed red meat does not have negative health effects. It may even have benefits.

Cooking Meat at a High Temperature

Burnt or charred meat is known to create cancer-causing chemicals and compounds. To reduce this risk you can choose methods of cooking that avoid burning the meat.

It’s hip to hate meat these days. But those who eat meat and veggies without sugar or grains are generally healthier and stronger than vegans and vegetarians. Prove me wrong.