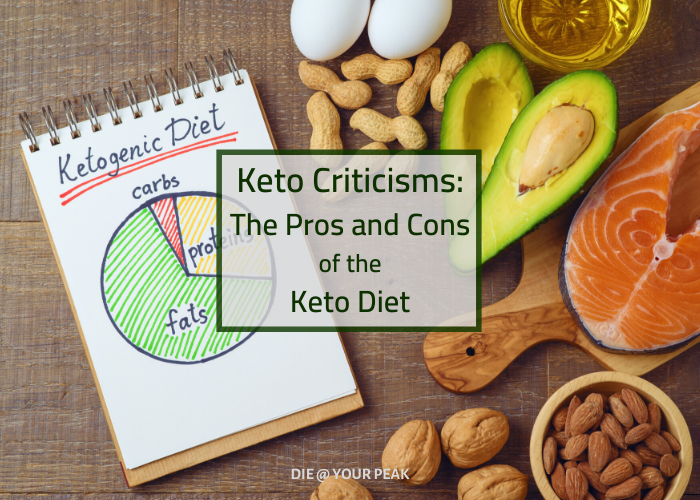 Many of you have heard of “keto diet” and have already hopped on the bandwagon. Ketogenic “keto” diet is a diet that allows the body to use ketones and fat as fuel while under a strict low-carb and high-fat diet. The science behind it is that instead of your body using glucose (produced by carbs), it uses ketones (produced by fats) as an alternative energy source. Ketones are made if you consume very few carbs, moderate amounts of protein, and high fat. For most people, the keto diet is healthy, though it has been noted that those who take medications for diabetes, high blood pressure, and breastfeeding women should consult their physicians first before doing this.

There are many options when it comes to keto. Fatty slabs of meat, nuts, butter, cheese are all options. Avoiding grains and sugars at all times seems to be the rule of thumb. I personally love eating “keto” and find it very easy to comply with. Here’s a few options of what you can and can not eat when on the keto diet:

Popular keto foods to consume include:

The keto foods to consume AT A MINIMUM include:

The foods to AVOID include:

This is a sample of the keto menu:

There are many pros to doing a ketogenic diet. Most people notice its benefits after several days, months, or years of religiously following the diet.

As famous as this keto diet is, especially to overweight and obese due to its rapid weight loss, it doesn’t fall short of controversies. A number of people oppose this diet due to the fact that it goes against many pre-conceived notions of health that were falsely placed in our minds in the past.

Some critics say that this diet is an unhealthy way to lose weight. They say that ketosis is the mild form of ketoacidosis which affects type-1 diabetics and is their leading cause of death. This is scientifically false.

This kind of diet also has a short-term weight loss effect as you regain some of the weight within a year. It’s also mentioned that it doesn’t improve athletic performance since carbs are largely absent from this diet. It can even lead to muscle loss and extreme fatigue.

Critics hate having to exclude fruits in their diet and other foods that they have grown to love. Many say that compliance over the long term may also be difficult. Those with kidney and heart disease should also be careful with what to consume. Others who started doing this diet may feel tired, have nausea, vomiting, bad breath, constipation, and sleep problems.

Keto diet may be doing a great job in fat loss, but not so in muscle building. You still need carbs to accelerate muscle growth. Athletes should be fat-adapted, which can take a couple of weeks or months before they can see an improvement or even be at the same level of their performance as when they were still consuming a huge of carbs.

Even famous personalities joined the keto bandwagon. They may have seen the benefits of this diet and wanted to lose weight faster. The following are the celebrities who have seen changes in their body after doing the keto diet.

My Take On the Diet

The Keto diet is a great tool and a generally healthy way to eat. I think I personally rather follow the paleo approach and eat carbs when it serves me. This could be before or after long and intense workout sessions. Being in ketosis is a good state to be in once in a while. For those who are in a constant state of ketosis, I am curious to know the long term effects. My bet is they will probably have better long term health outcomes than most.

For those who can’t comply with the diet, they are probably weak individuals with poor discipline and bad habits when it comes to eating. These individuals will have a hard time complying with any diet.

There is never a diet that fits everyone as everybody has a different genetic profile, predisposition to diseases, auto-immune issues, or other physical attributes that ANY diet can affect negatively. That being said, if done properly and under professional guidance, the keto diet can be used effectively to lose weight, get healthy and strong.