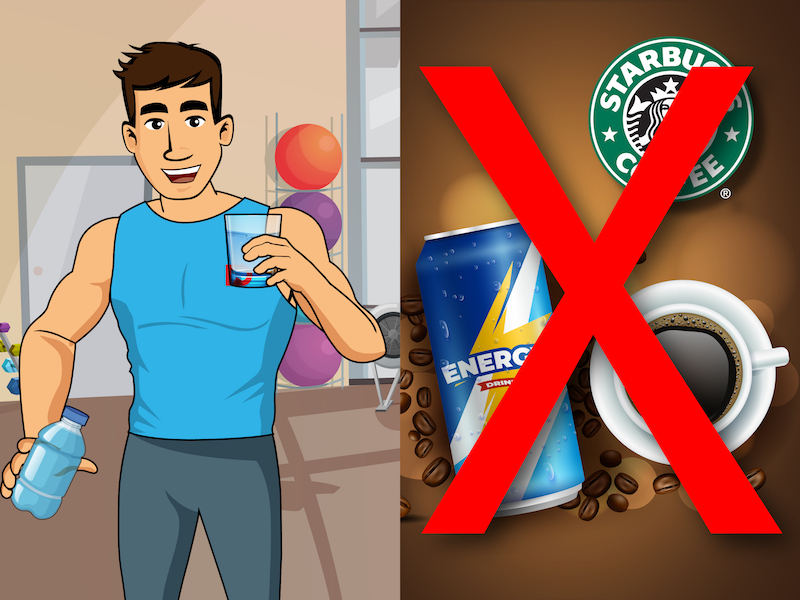 I’ve been addicted to coffee for years. I probably haven’t had a break from coffee for over 5 years. Inconvenience be damned, I always find a way to get caffeine in my system before starting my day. Whether I’m sick or traveling, it doesn’t matter. It’s the first thing I do when I wake up. The process of making a strong ass cup of Joe in the morning is ritualistically relaxing. Sadly, without coffee, I will eventually get a major coffee headache. I also enjoy the mental clarity, focus, and energy that the caffeine provides me. Being health-conscious, I know most of the long-standing research about coffee doesn’t have much negative news about caffeine and coffee. On the contrary, it seems to be quite positive. So why did I recently decide to wean myself off coffee?

I’d be lying if I said that my primary reason for loving coffee wasn’t for the caffeine high. Addiction to caffeine builds your tolerance to the drug. Annoying, especially on the road where I would need to get a quadruple shot of espresso just to start my day. Even more annoying is if you’re at a conference and all they have is regular coffee. Downing multiple cups just to “wake up” is very inconvenient and bad for my bladder. After a while, the amount of coffee you are using just to bring yourself to a normal state of wakefulness in the morning didn’t seem reasonable.

After a while, caffeine was losing its pleasurable effect. The inconvenience of having to hunt down coffee every day for 365 days a year was also growing weary. I still continued the same pattern of getting hold of coffee every day. Then I was struck with some random flu this year. I was incapacitated and in bed with a fever.

The first day I woke up after the fever I had no desire to make or drink coffee. I did, however, make myself some green tea with 3 teabags so I could stave off the caffeine headache that was sure to come. Drinking the green tea helped slightly but I could still feel the headaches coming. The next few days were tough. I had major headaches that mimicked the migraine headaches that I’ve heard about. These symptoms would persist for at least 3-4 days. After the headaches subsided, I decided to not drink coffee the next day and see what happened.

Another concern I had about quitting coffee was how I would perform at the gym. Oftentimes before morning workouts, I would drink a strong dose of coffee. The adrenaline and extra alertness would make me excited about going to the gym and kicking ass. I was worried that quitting coffee would prevent me from enjoying the gym and performing at my best, especially since many studies tout the benefits of caffeine and performance when exercising. Luckily, after quitting coffee and breaking the habit of drinking it daily, I feel my performance doing hard CrossFit workouts has remained relatively the same.

After breaking the addiction and habit of drinking coffee daily, there were definitely short term and long term benefits I noticed. The main benefit is the fact that the cognitive and physical benefits of how you feel and perform when you’re brain is on a caffeine high will be effective again. You can use these benefits when you need that extra boost. This could be before an important meeting, long work session, or strenuous gym session. You just need to break the habit of using caffeine as a drug every day so when you do use it, you will actually notice the positive effects.

Without coffee, your mental state throughout the day is more steady. I also find it slightly easier to fall asleep (and I only drink my strong coffee in the morning). Not having to worry about the next caffeine fix or headache you may experience if you miss your dose is also a plus.

The Negatives of Quitting Coffee

Quitting coffee hasn’t been all roses. I do miss the ritual of making coffee, smelling it then downing it. I’ve replaced this with a lower dose of caffeine in the form of Matcha Green Tea. I also think that caffeine helped me with my morning bowel movements but maybe it just made me have to go sooner with a sense of urgency. The extra boost that coffee gave me in the morning was pleasurable, but short-lived and quickly losing its power.

Quitting coffee requires a bit of discipline. After weighing the pros and cons, I realized that I didn’t really have any logical reason to continue drinking coffee the way I did. A large part of this bad habit was based on my addiction to caffeine which I continued to justify despite the cons.

The next bad habit to break, drinking alcohol.