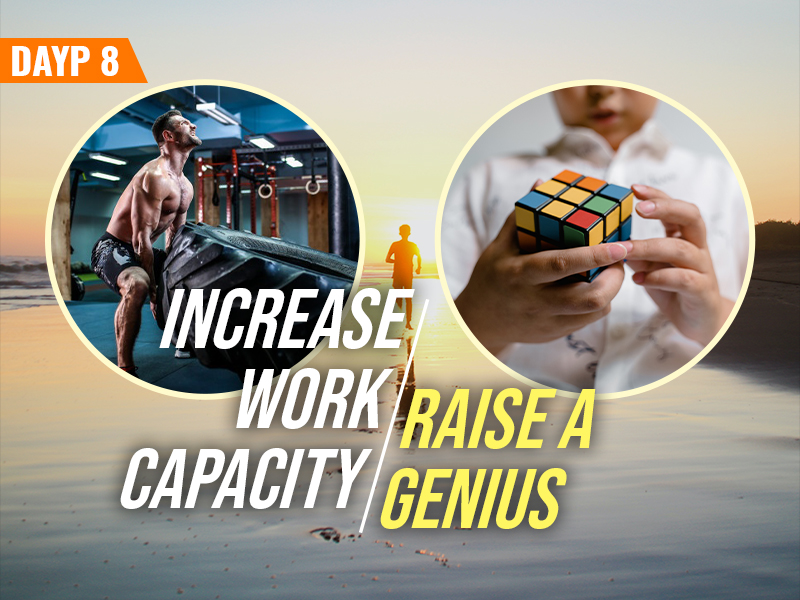 This week’s content looks at how mixing high and low intensity can improve your exercise work capacity and how one man raised his 3 kids to become geniuses.

What we’re doing is actually making you move, but call it recovery… changing the focus not on the intensity side of the equation, but on the recovery… Why? Because that is what is preventing you from reaching your goals. That’s aerobic capacity.

Chris Hinshaw, who’s coached Crossfit legends Rich Froning and Mat Fraser, sat down with the Power Project podcast team to discuss aerobic or work capacity training (being able to do more work in a set amount of time). The most interesting take away from the interview was how he trains his athletes to recover so they can do more work. His theory is if during your interval “rest” periods you do nothing, then you are training your body to get good at resting rather than improving work capacity.

The general steps for improving work capacity is:

The theory why he thinks this works is:

Examples on how you can implement to improve the repetitions of:

#2: Raise a Genius from Scratch

“What if there was a formula for genius? What if you could engineer in a lab, a Caesar, a Mozart, or a Picasso? This man (Lazlo Polgar) who not only theorized this was possible, but did it, 3 times….”

You don’t have to be filthy rich or a genius yourself to raise a genius. In this “How To Take Over The World” podcast with Ben Wilson, he talks about Lazlo Polgar, a psychologist who premeditatively and purposefully planned and raised 3 children to become world class “geniuses” in their area of expertise.  This may be only one anecdotal example of somebody with little else besides ambition and intention of creating geniuses, but it’s an interesting story. Plus he wrote a book about it detailing the reasons for wanting to conduct this real life experiment in the first place.

Steps to raise a genius:

NOTE: Lazlo Polgar’s Book “Raise a Genius!” – The book is less of a “how to” book and more of a justification for raising a genius.