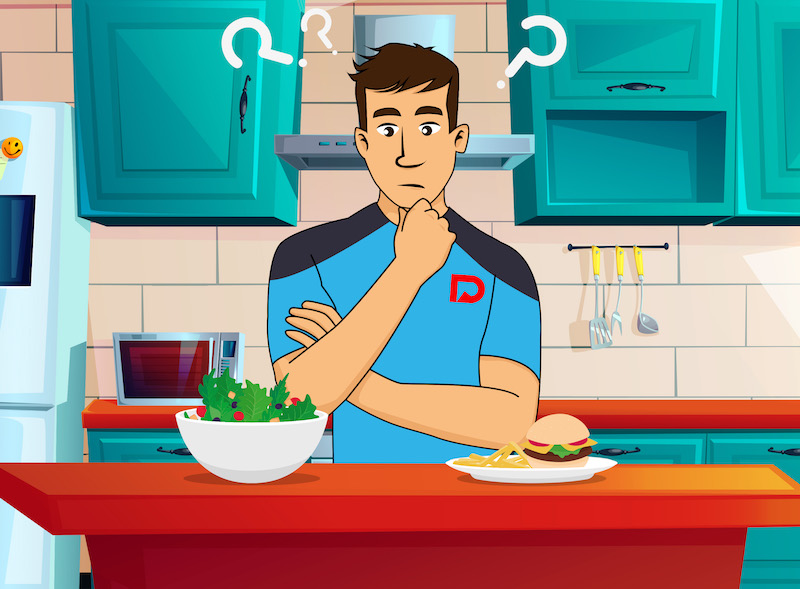 A whole foods vegan diet may be a healthy diet for some people. The diet may be healthy for people who eat the standard American diet which is full of processed foods and junk foods. If you decide not to go whole foods and just eat “vegan”, including your favorite processed vegan “meats” made to look like real meat and other varieties of processed vegan treats you find in the popular grocery stores, I would say this is never a good option if you are seeking long term health.

When Your Original Diet is Crap

If you eat the standard American diet, high in processed foods, carbs and sugar, a plant-based diet filled with whole foods will be a step up. Eating a low glycemic index diet with some plant protein fine and will result in better health outcomes than your original shitty American diet.

American diet includes high carb meals, hamburgers with fries, pizzas and other greasy foods made with processed oils like canola and grapeseed oils. Or just look at the American food pyramid, they’ve tried to change it, but it will take years if not decades for Americans to change their ways.

You Are Trying to Lose Weight

Since vegan meals are oftentimes lighter in calories, most people can benefit from the vegan diet’s form of calorie restriction. I’ve been to vegan restaurants where I’ve ordered multiple main dishes, appetizers, and desserts from the menu and still left hungry. And since calorie restriction has been shown to be generally healthy in humans and animals, the vegan diet will work.

You Are NOT Trying to Gain Muscle Mass

You can gain muscle mass on a vegan diet. You just have to lift heavy and to supplement the shit out of your diet. Some people have no issues doing this. Yes, it is possible to gain muscle mass and to build strength even on an all-vegan diet, It just takes a lot more work to try to find the necessary supplements you may be missing by not including meat products.

Watch vegan athletes on YouTube and you’ll see what takes. For many, it doesn’t seem that bad. I personally like to limit my supplementation by including only vitamin D, creatine, and magnesium. These are usually micronutrients many American’s don’t have enough of. For others, they may have no problems taking a plethora of powders of all types in order to optimize their performance and health.

Since I am not a competitive athlete and my goals are to feel great and live a long healthy and mobile life, I don’t see the need for me to optimize in performance or even try to by trying supplements that only show a minor effect in increasing performance or recovery.

You Have Moral Issues Eating Animals

For many, eating animals is something they find disgusting or morally unacceptable, in these cases, which are quite a few, a vegan diet is a viable option since it doesn’t involve any animal products.