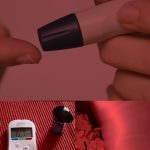 Because diabetes is in my family, I’ve been testing my blood glucose levels for years now. First at the doctors and now through my own finger pricking devices. Technically I’m not even pre-diabetic even though I was on that path in the past. in 2015, I had fasting blood glucose levels of 101, pre-diabetic levels. But since I was what is considered young and fit, doctors never even mentioned this to me. I had to look back at my labs to see my blood fasting blood sugar levels and it’s trends. If I hadn’t changed my diet, I would have probably had less than optimal blood sugar levels for years, increasing my chances of diabetes. 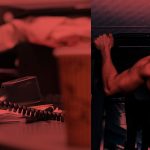 “Greasing the Groove” was a term that was coined by fitness trainer, author, and the man who introduced kettlebells to the United States, Pavel Tsatsouline. It’s a term that means not working your muscles to failure, but working them often. For example,  instead of 5 sets of 12 repetitions of a specific muscle group where you go to failure, just do 5  reps or less. Take a long break in between sets. Sometimes up to 20 minutes or more.  You can do the same for other muscle groups during this time of rest. This way, you’re not beating yourself up while still getting a high volume of heavy reps. 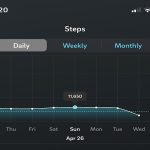 Now that I have been using the Oura Ring for a few years now, I have a better idea of what I find useful and what I don’t find useful. This post is an update to my previous post about the Oura ring. This is more of an update than an Oura Ring review. Here I outline a few complaints about the ring and the main use cases I have for the Oura Ring. 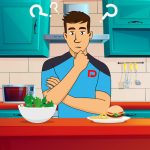 A whole foods vegan diet may be a healthy diet for some people. The diet may be healthy for people who eat the standard American diet which is full of processed foods and junk foods. If you decide not to go whole foods and just eat “vegan”, including your favorite processed vegan “meats” made to look like real meat and other varieties of processed vegan treats you find in the popular grocery stores, I would say this is never a good option if you are seeking long term health. 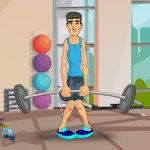 Lean body mass does not increase with age. On average, when you reach the age of 30, you start to lose muscle mass. This is known as sarcopenia. This happens to those who have a sedentary lifestyle as well as those who are inactive. There are multiple causes for sarcopenia to occur. This includes changes 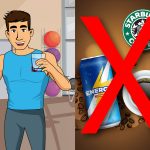 Caffeine Addiction I’ve been addicted to coffee for years. I probably haven’t had a break from coffee for over 5 years. Inconvenience be damned, I always find a way to get caffeine in my system before starting my day. Whether I’m sick or traveling, it doesn’t matter. It’s the first thing I do when I 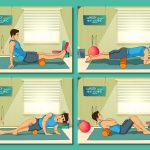 Ever since I was introduced to CrossFit, I would go to class and see people using the foam roller before and after class. This is also known as self-myofascial release. The coaches would tell us specifically how to use it in preparation for the WOD (workout of the day). Most coaches would have their own 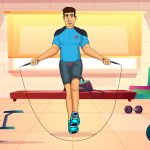 I’ve tried many jump ropes from the Rogue fitness jump ropes to cheaper versions of the same jump ropes that I found on Amazon in hopes of improving my double unders for CrossFit workouts. The Bear Komplex Hummer Speed Jump Rope has been my favorite one so far. The weight of the handles is perfect 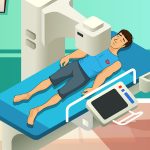 I wrote about my Dexa scan results for 2017 and 2018 which showed that I had a body fat percentage of 9.6%, 9.5% respectively. At the time I was consistently doing CrossFit classes around 4-5 times a week and other accessory exercises or steady-state cardio the other days.

This year I leaned out a bit as well as feel and look stronger overall. 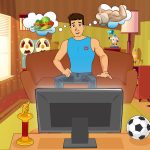 Below is Shawn Baker’s Game Changers review of the plant-based and vegan promoting documentary that is popular on Netflix. Notes below with more information on the references he makes.